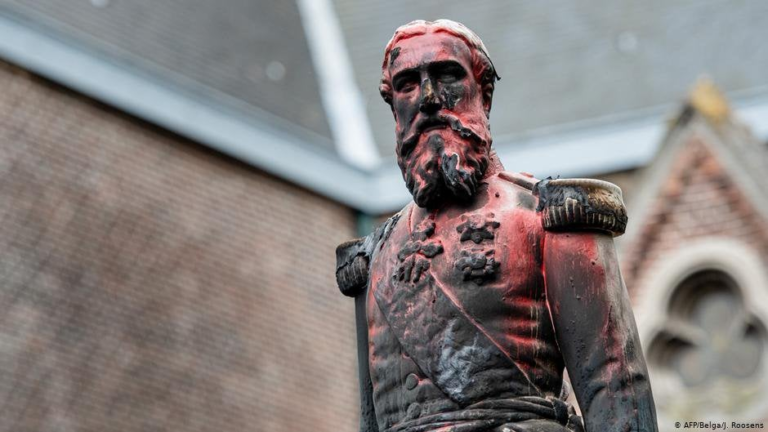 The real life “Mad King” was responsible for one of the most notorious genocides in human history.

Leopold II, the King of Belgium, reduced the population of the Congo from 20 million estimated to 10 million and still managed to retain his reputation as a great monarch.

Nobody talks about one of the most notorious mass murderers in human history.

One of the projects selected by OEAS for the AFRIKA Token is litigation to address the genocide of the Congolese and people and seek restitution.

The colonial monstrosity known as Congo Free State established in 1885 was the personal property of King Leopold II of Belgium and his cronies until an international outcry and financial scandal forced Belgium to assume control in 1908. Five to ten million or more men, women and children were the victims of genocide by Leopold and his henchmen who scoured the Congo in search of wealth in the form of gold, ivory and rubber. Forced labor was introduced and those who did meet their quote were mutilated and murdered by Leopold’s private army, the Force Publique.

Not content with robbing and murdering the Congolese, Leopold’s Congo Free State issued a number of “Genocide Bonds” to scam the financial markets into funding his looting of the Congo. When the entire criminal enterprise failed in 1908, the government of Belgium assumed responsibility for the debt and in October 1944 refinanced the 1901 bond issue of 50 million gold Francs with the help of the Rothschild Bank of Paris.

In 1961 Belgium defaulted on its Congo sovereign debt to the bondholders when the Congo became independent but the Genocide Bonds continued to trade on the Euronext Paris stock exchange, where they continue to be publicly listed.

The Organization of Emerging African States – OEAS, an African governmental organization serving the emerging nations of Africa has petitioned the Belgian government to redeem the bond issue immediately and remove the genocide bonds from the public capital markets and pay restitution to the victims’ descendants.

Belgium however has refused to negotiate, the OEAS endorses litigation seeking billions of Euros.